Seven years ago, Jeanie had not heard of The Door is Open (DIO). Now, except for a break caused by the pandemic, she has been at DIO every day of the week!

Jeanie attends Mass regularly at Holy Rosary Cathedral and remembers Fr. Eason talking to her about joining the DIO volunteer team, but at that time she had not been familiar with DIO and its work. The Missionary Sisters of Charity, who attended Mass with her, also encouraged her to volunteer at DIO and suggested she go to visit “the church on East Cordova”. Jeanie found her way to St. James Anglican church, a block away from DIO and St. Paul’s church, and was puzzled because it did not seem to match what the Sisters had described. The next time she met the Sisters at Mass, she asked them about DIO and they asked her to follow them home, next door to DIO.

Jeanie recalls going to the kitchen at DIO and finding Alex and Jackie preparing lunch. When she explained that she was looking into volunteering, they immediately put her to work and she found herself prepping and serving lunch. When she met Sr. Chita later and asked her about returning to volunteer again, she was welcomed with “this is your home, come anytime”.  And indeed the DIO became Jeanie’s second home: she returned the next day and every week day after that. She enjoyed meeting the different volunteer groups who serve each day. Sr. Chita was concerned that she would be overworked and suggested she take some days off but Jeanie’s response was “I am not on salary –  it is my choice to work!”

Besides helping with food preparation, she now also helps when the Food Bank delivers, sorting and packing the food in the pantry. In previous years when there was extra food, she helped packed grocery bags to distribute to our guests.

After all these years, she still loves coming to DIO each day, and helping in the kitchen and wherever she is needed. The volunteers and staff have been fortunate to also enjoy Jeanie’s cooking when she makes a special dish for them after their shifts are done. We’re very grateful to have Jeanie at DIO.

Thank you for your dedication and service, Jeanie! 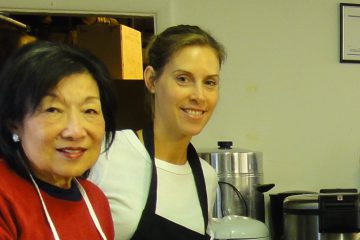 I have been volunteering at the Door Is Open since one morning in October of 2012 when my friend, Alice, and I walked into the facility and met with the manager, Julia Ruggier. Her eyes Read more… 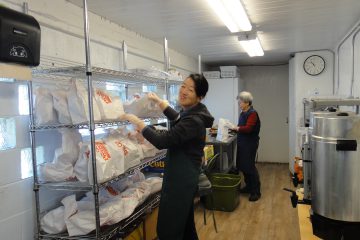 Yoshi was always interested in volunteering in the Downtown Eastside, and when she moved into the neighbourhood a few years ago, she took the opportunity to research charities where she would be able to help. Read more… 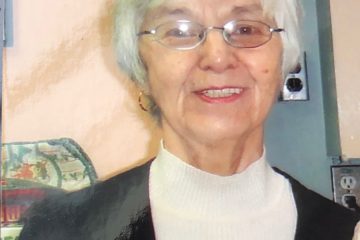